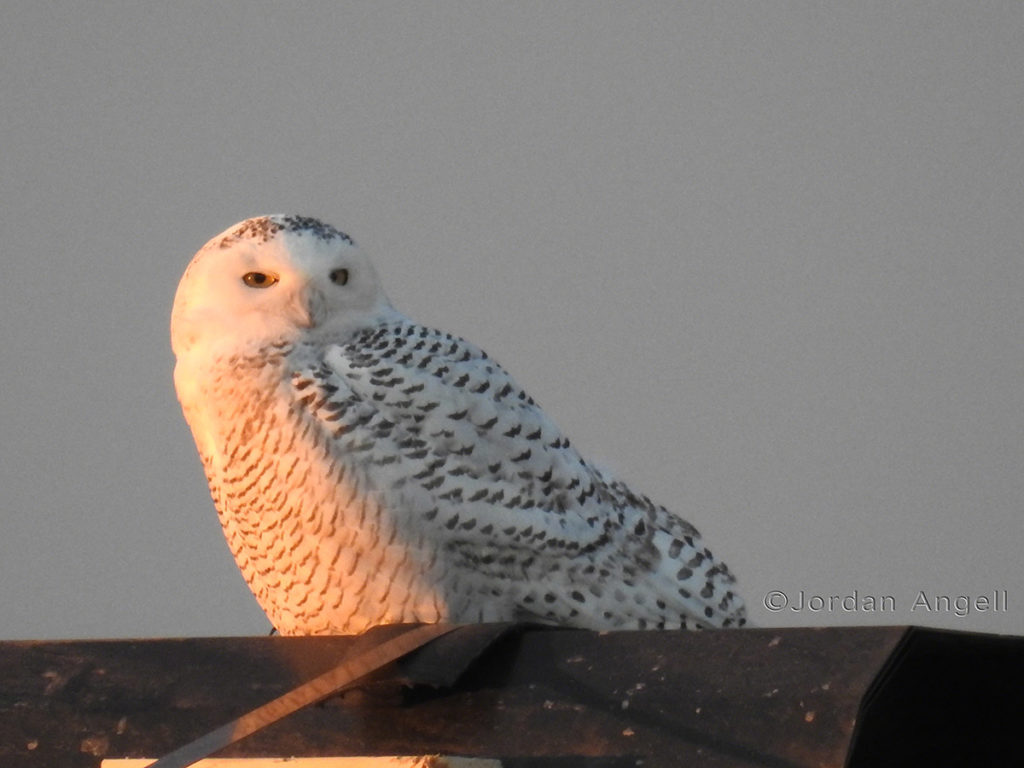 When I saw this image of a snowy owl, it immediately evoked wisdom and focus. Great way to start the new year, I thought, inviting us all to gather our wisdom as we enter yet another cycle of the unruly unknown. The snowy owl is one of the largest owls around, easily outweighing great horned owls. It is also relatively rare, as uncommon as wisdom is these days. It’s daunted by few predators, and unlike most owls, hunts mainly during the day. Just as I was set to wax poetic on this, a Mary Oliver poem about the white owl of death arrived in my inbox, courtesy of Swami Ramanananda, director of the San Francisco Integral Yoga Center and his newsletter. That’s right, I remembered, the owl is seen as a harbinger of death in Native American culture. Hm. To compound my confusion and dis-ease, Khenpo Tenzin, a young Tibetan Drikung Kagyu monk, spontaneously told a funny story about an owl to a bunch of us gathered for winter teachings in Arizona this month. In Tibetan lore, the owl is a symbol of truth and lies.

Coming into a year of wisdom, death, truth, and lies? I wasn’t sure I could handle this in a public place like a blog. Yet the owl kept looking at me, from a sun-lit photo taken by Jordan Angell, scientific illustrator this winter in the Midwest.

As I left my office last Friday night, life felt like a scene from Charlie Chaplin’s Modern Times, events moving too fast to be able to do them all, only with six assembly lines going at once instead of Charlie’s one. I headed for the retreat hut in the woods I go to whenever I possibly can. I was dogged not only by work but also thoughts about the many people I know who are struggling with pain, disease, injury, and anger. As I fell asleep in the loft of the hut, I was asking for some kind of clarity about all of this, including the truth, lies and death part.

Many hours later I woke up (an advantage of a non-21st century off-the-grid abode: sleep is easier and deeper). I’d had a dream. In it, one of my teachers, Traga Rinpoche, enters a steeply built multi-story medieval building. As he pauses just inside the rugged entryway, a stark figure appears far down the narrow hall to his left. It is his host. It looks a lot like Marpa, the renowned Tibetan translator-farmer-sage. He is wearing a long medium green robe and dark boots, though his garb oscillates in cinematic fashion between smooth green and an off-white rough spun cloth, back and forth. This imposing man fills up all the space of the doorframe behind him. His face is stern yet seems to hold kindness. His voice booms. “You have to respect the Great Mother. It all comes from her.” Traga Rinpoche is looking at him with complete attention. At the same time this whole scene is simultaneously projected as a picture of the thundering man in an ancient book, with his words showing up two-thirds of the way down the page. As if the message needed to be transmitted in as many ways as possible, so as to be sure to remember it. I did.

Traga Rinpoche once said to us, “We are what we are.” This was during his time of teaching here in New Mexico, before he went back to Tibet/China, where he is now. “We are what we are.” This covers a lot of ground. Yet ultimately it is about how we all have the seed of the Buddha nature, this link to the sacred within us, regardless of our background or religion. He didn’t say, “You are what you are.” It was “we”. Him and us and everyone. He might look like an exotic imposing Tibetan monk (actually he did look a lot like Marpa), yet what he was saying was, we’re all in it together, weird and wonderful and mysterious and dark as we are. Don’t try to hide; don’t try to pretend you’re anything other than who you are.

Initially I found this message scary. It seemed like too big a responsibility to acknowledge that I could have Buddha nature (like everyone else). Later it was relieving, to know the truth about my core. An apple seed grows up to be an apple tree, not something else. It’s simple.

We’re walking into the new year here in this blog, taking our time. Owls don’t walk much, though they are known to walk and hunt at the same time. They can fly, unlike us at this time. They can quickly get a glimpse of the big picture, much faster than us on the ground. They are comfortable moving swiftly through the darkness, unlike most of us. They know who they are, owls.

May we trust in the truth of our essential nature as we enter this year, already so full of complex circumstances with which to dance. May we receive all the help we need as we meet them.

With much thanks to Jordan Angell, for Snowy Owl! image, copyright 2018.

Include the links given in this blog, plus Sibley Field Guide to Birds of Western North America, written and illustrated by David Allen Sibley