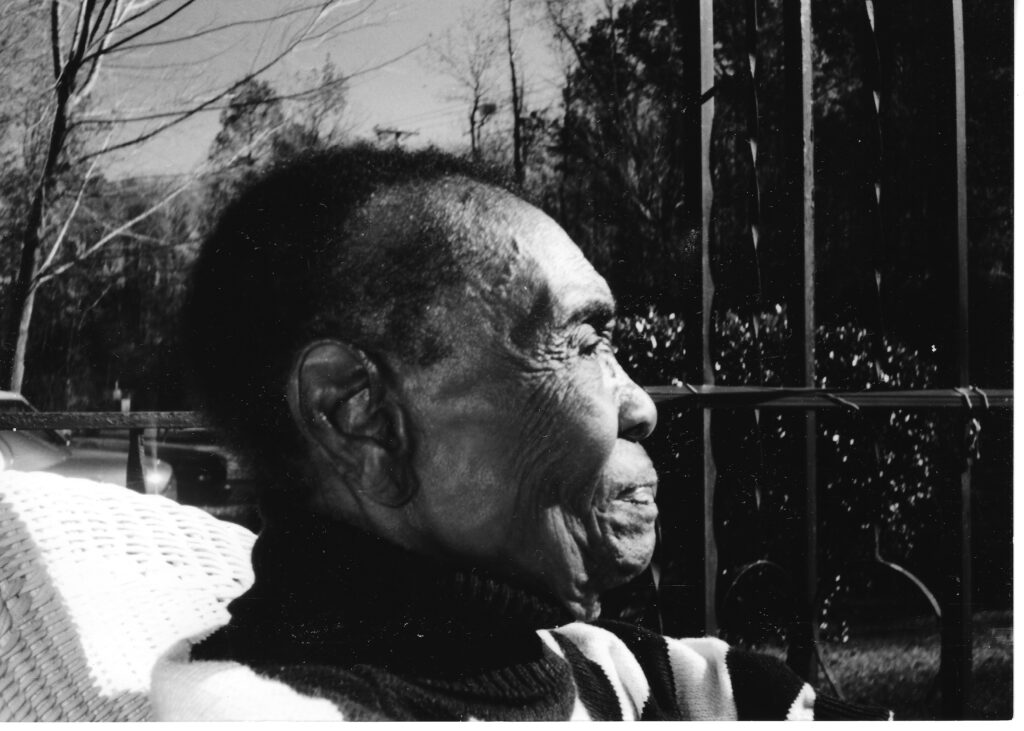 Editor’s Note: We are glad to welcome Ralph Steele as a guest blogger. This guest blog is reprinted here with the author’s permission, from a longer article that originally appeared in Tricycle.

I was born on Pawleys Island, South Carolina.  There was a white only section close to the Atlantic Ocean, no blacks were allowed. We lived in the swamps, in the woods one mile away from the ocean, close to the Waccamaw River. Our community was made up of villes – Parkersville, Maryville, Plantersville – like African villages.

We spoke Gullah, a mixture of African languages, French, and English, and our customs, like our speech, contained whole pieces of Africa that had made the long journey over to the slave ports. We had no phones and no doctors. We did have a TV, but the only things we watched were Professional Boxing and The Little Rascals.

If an ax handle broke, we went into the woods and cut a new one. We were healed the old way, with herbs and prayer. The elder churchwomen were all called “Sister,” and the men were called “Baba.” The church was the hub of the community. When we were getting a haircut on Saturday, the men who sang in the choir on Sunday were singing their spiritual songs. Their voices would vibrate your bones. Reverence was in every daily activity, whether plowing the fields or getting a haircut.

My brother Jimmy and I lived with our grandmother, Sister Mary, and her husband, Baba James. Our mother, during most of our childhood, was working in Myrtle Beach, trying to make ends meet. All I remember of my dad is him pushing me in a swing. And the funeral, where I stood at the head of his grave, after he was killed in a car accident, linked to the Klu-Klux-Klan according to my Mom.

Everyone knew that Sister Mary was a different kind of person. She had a garden that was quite unusual: everything was huge, irregular. It was like something out of a fairy tale. As my brother and I worked pulling weeds for Sister Mary, she would sing and pray. Those vegetables were brought up on songs like “Precious Lord” and the vibrations that woman put into the soil as she tended it. One ear of corn would be sixteen inches long. One leaf of collard greens might be two to three feet in length. Tomatoes were like grapefruits. When people drove by, they would often stop just to look, or take pictures. She also had a magnificent flower garden. And she tended the yard like a Zen master. It was raked every day, not just the garden but the path you walked on. That was one of my jobs.

Sister Mary was my earliest lesson in what we call mindfulness.

I remember when the chain gangs would come to clean the road. You could hear them singing and the sounds of weeds being cut. They’d come right up to the house, all African Americans, of course, except for one guy in mirror style sunglasses with a shotgun draped over his arms. Each man had a long-handled ax. My younger brother Jimmy and I would hide in the bushes and watch. Sister Mary would walk out the front door with a pitcher of lemonade and a cup attached to it with a string. In her other hand she would have a plate of fresh sweetbread. The man with the gun would lock it in place and raise it disapprovingly, and Sister Mary would walk right past the man as if he didn’t exist. Completely focused on that moment, she would go to each man with a drink and some bread. Her job was to console them. Sister Mary would forgive them for what they had done. Some of the men would have tears in their eyes.

Finally, she would walk up to the man with the gun and ask if he’d like some lemonade and some bread. He always said “no, ma’am”. He missed her blessing. Then the men would leave, someone would start up a tune, and the men would begin singing and swinging their axes in unison. It was like a dance moving down the road.

My brother and I always went out into the road and shot marbles after they left, because of the sparkling in the air and the warm feeling.

A practitioner of meditation for more than five decades in a variety of traditions, Ralph spearheaded retreats for People of Color at Spirit Rock and the Insight Meditation Society. A Vietnam veteran and author of Tending the Fire: Through War and The Path of Meditation, Ralph Steele teaches breath & energy meditation and other intensive healing practices. He has used Ayurveda for decades for balance.

Ralph joins Amadea this summer to lead two courses on Inclusion as Medicine, June 29 and July 6 – August 3, 2021 for the American Polarity Therapy Association.

Image of Sister Mary: thanks to Sabine Schulze Steele

In the Lineage of Sister Mary excerpted here with the author’s permission. Read the full article in Tricycle magazine here.

Join Ralph Steele, MA, trauma counselor and Amadea Morningstar, MA, RPE, RYT for an involutionary explore of Inclusion as Medicine: Coming into Form in Polarity Therapy online Zoom. We’ll be working with meditation, marma therapy, movement, and small break out groups as we invite ourselves to ground in the chakras and the elements. Open to all.

Then join Ralph and Amadea for an evolutionary explore of Inclusion as Medicine: Special Invitation for an Upgrade in Polarity Therapy online Zoom. We’ll be working each week with one element and one chakra, starting with Earth. We’ll meditate together, use marma therapy, breathe, move, and meet in small break out groups as we build skills to effectively work with people different from ourselves, together. Open to all.