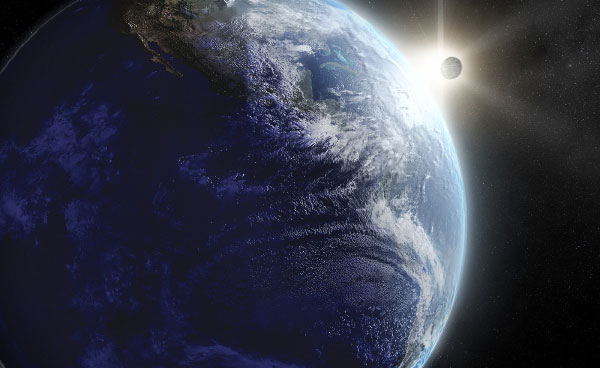 It must have been the late 1970s. As staff at Lama Foundation, the spiritually eclectic community in the mountains north of Taos, New Mexico, we were excited. We were hosting a first – ever (for Lama) solar energy gathering. We felt properly enthusiastic and righteous about this earth-affirming work. At the last moment, we were contacted by someone associated with Grandfather David Monongye, the Hopi elder, to see if he could be included in the roster of speakers. Absolutely, that would be fantastic. The abundance of it all felt auspicious, we had seminal people coming.

On the opening day of the circle, as the oldest person in attendance, it seemed only fitting that Grandfather David should speak first. So after a few preliminary remarks from a Lama host, he did. We were all ears. His topic was what the Hopi prophecies had to say about solar energy. We were hopeful. He went into the historic lineage of the prophecies and how he came to be one of the holders of this knowledge. He spoke of the sacredness of Mother nature, and how important it was to respect all of creation. He went on to state, without further ado, that the prophecies foretold that if and when humans steal energy from the sun, the earth could go cold. We were dumbfounded. Silence descended on the hundred or so people gathered in Lama’s giant meeting dome. (It was the same dome, that years later, wildfire would stop short just feet from engulfing, while burning down, melting and altering many other Lama buildings. When I think of it, that fire stopped no more than twenty feet from where Grandfather David was sitting that day, on the west-southwest part of the circle.)

We didn’t know what to say, I don’t remember what happened after that. I don’t remember anyone trying to refute or argue with Grandfather David’s statements; we were simply stunned. Were we robbers and thieves? It was kind of like being in some fairy tale where you’ve invited all the fairy godmothers to bless the new baby, and then at the end, one godmother delivers the dark prayer. Yet here it was at the very beginning. The message was clear. Get over your selves, what are your motives here? Greed or respect? I’d like to say someone called a break, to regroup, yet the shock was too big in me to remember what happened next. What I do remember clearly is what Grandfather David said, and how it felt. He was quite calm, with much equanimity. He was simply doing his job, the work he’d been empowered to do so many years before, by his elders.

I’ve thought about these teachings a lot in the close to forty years since they were transmitted. It seems so plain that to engage in any living-on-the-earth activity with greed is not the ticket. Yet how to be aware of subtle grasping and attachment disguised as altruism? Because of Grandfather David, I’m more likely to examine my motives when engaging in a “good” action.

So, from the perspective of the Hopi prophecies, climate change is interwoven with human attitudes and actions. (Duh.)

It brings up the larger question of change in general for me. Tibetan Buddhists have this term, the suffering of change. Any change can be stressful, even a positive one, especially if we’ve already faced a lot of changes. At a certain point we can get overwhelmed. In the fast spreading concepts of modern functional medicine, allostasis is the ability to achieve stability through change. Whereas old ideas of biology talked about homeostasis, the ability to maintain internal stability or balance, we’re in such changing times that change has to be factored into the day-to-day equation of what’s normal. If we can adapt to change, we’re in allostasis or homeostatic balance. If we can’t, we’re dealing with allostatic load. In other words, we’re stressed out. Allostatic load is “the cumulative biological burden exacted in the body by continued allostasis in attempts to adapt to life’s demands” (from Adaptogens: Herbs for Strength, Stamina, and Stress Relief, a great book by Winston and Maimes).

We’re tired, we need to get some more work done, we drink another cup of joe. Since 2008, Starbuck’s fortunes have soared. Our allostatic burden builds. We’re tired, we’re wired, we need to get some sleep, we have some alcohol. The allostatic load increases. How to face the consequences? How to rebuild health in the midst of wildly changing sped up times? Clearly it’s a prime topic in healing these days.

This is the individual’s perspective. Yet there is also the group view. Last week I returned a car that I had bought new a few short years ago to the dealer. The owner of the car dealership was startlingly kind enough to meet with me directly about my concerns. He sat down with me to talk. I said that my intention in buying this vehicle had been to support the environment, to leave a smaller carbon footprint. Yet in many ways that hadn’t happened. He looked at me and said, “There’s 18 million new cars made every year in the U.S. Think about it. Think about the tires, four for each vehicle, each year…” He had thought about this. His comments left me in no less shock than Grandfather David’s had so many years before. The sheer enormity of the environmental impact was mind-boggling, especially when given by this particular messenger. Our conversation continued.

A few days later, I was at a town hall hosted by La Montanita Coop. Coop members had responded to the invitation from the board of directors and the new general manager to comment on proposed changes in what the coop offered. There was articulate and well-warranted concern about introducing the “Clean Fifteen” into the produce line up, the least polluted of the non-organic fruits and vegetables. The point was made that you could find these many places. What is rare about the coop’s produce section is that the vast percentage is organic and you can count on it to be grown locally, with respect (along with the produce sold at the farmers’ market). A young man attending St. John’s College stood up and made the point that it was one of the few places (again, besides the farmers’ market) where you could buy food in both produce and bulk not swaddled in plastic. Fresh from my exchange with the auto executive, in my mind I swiftly multiplied all the plastic wrap you didn’t have to use shopping at the coop over years compared to any where else.

I have mostly plodded along the path of life like a myopic Buddhist turtle. There’s only one of me, yet I’ll do the best I can with the choices I make, from the largest karmic perspective I can see, it’s all I can do. This attitude, tenderized with Hopi warnings, has created a certain kind of stability of mind and heart in response to change within my own life.

When I meet with people in my work, my intention is to create a healthy environment for them, inside and out, with respect for their personal values. Yet the question arises.

Can this turtle see more?

Find out more by watch the video