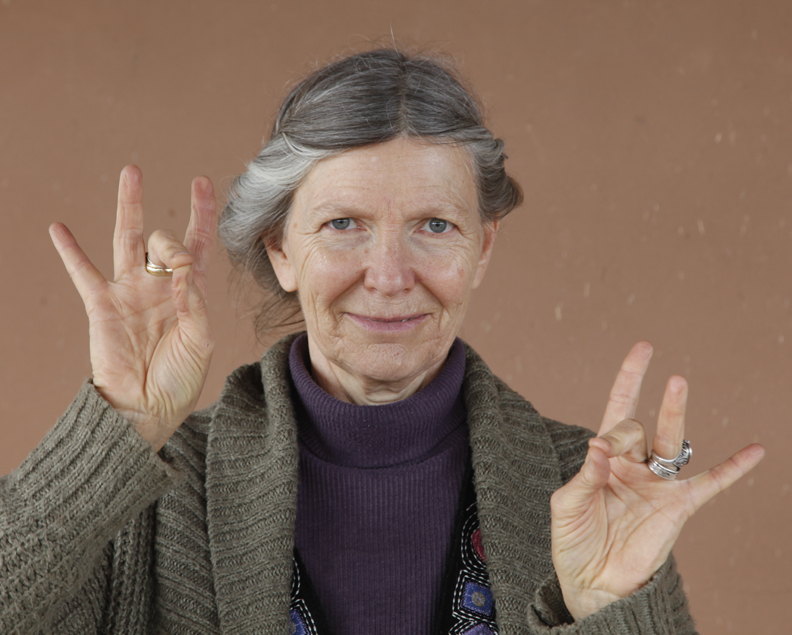 YES has been harder to find than NO lately. News in recent weeks in North America hasn’t promised fresh hope for the immediate support by this new administration of democracy and diversity. Instead, NO has become an essential and much used word by citizens and neighboring countries alike. “Mexico says no to Trump’s new deportation rules” (reference.) ‘Alaskan Republican senator Lisa Murkoski says no to repealing Obamacare’. Various candidates for positions in the new Republican cabinet say no. Marchers say NO to fascism. Even the New York Times ran a giant banner on a recent magazine section, RESIST.

Many people are working full time, and taking time at night and/or on the weekends to organize and protest. This resistance is essential. There is so much to say NO to! Yet simply holding with “no” can be exhausting. With the countless valid tugs on our attention, we can become distracted from a deeper YES. When we are clear about what we are saying YES to, it re-energizes our core, giving us the strength to go on – and be able to say NO effectively as well. Today is Losar, the Tibetan New Year! What better day to consider fresh starts?

I see this ability to say YES in the young people who began the Dakota Access Pipeline protests. In April of 2016, Sioux teenager Jasilyn Charger, her cousin Joseph White Eyes and other members of their independent youth group One Mind decided to create a small prayer camp on the northern end of the Standing Rock Sioux Reservation in South Dakota. They created an alcohol- and drug-free environment, a safe space for youth and nature, and ultimately, for all who came there.

They were there to protect against the Dakota Access Pipeline, which threatened, and still threatens, to pollute the drinking water of the reservation and 18 million people downstream. Their predecessors in the indigenous Keystone XL fracking resistance spoke of the black snake. The black snake is a Lakota prophecy that in recent years has become associated with pipelines, yet also with alcoholism, drug addiction, suicide, despair, and abuse. It was said in the prophecies that the Seventh Generation, this generation of young people born from 1980 thru the 2000s, would be the ones to overcome the black snake, and “bring balance to the Earth. Not just to its people. To the Earth.” (Jasilyn Charger, NY Times magazine, Feb. 5, 2017).

Part of the Sioux-Lakota prophecy is that the Seventh Generation must not use violence, or it will risk being destroyed by violence. With support from the Indigenous Environmental Network (I.E.N.), the young Lakotas trained as organizers in Washington and with aboriginal climate activists in Australia. Their safe camp on the banks of the Cannon Ball and Missouri rivers grew to be a place that hosted the thousands of people who came to support them. The young organizers’ perspective was, “Who better to speak for the past than the voice of the future?”

On December 4, 2016, they were victorious when the Army Corps of Engineers refused to give permission to Energy Transfer Partners to build a portion of the pipeline under Lake Oahe in North Dakota. The Corps also called for an environmental impact assessment and the exploration of alternative routes to fulfill standing U.S. treaty obligations with the Standing Rock Sioux Tribe. Despite these clear actions, the new administration has ignored the recommendations, and has pressed on with drilling. The camp has been disbanded, and 46 people arrested in an act of civil disobedience last week are still in custody. They have said YES to the earth, and No to degradation. I need to say YES to continue to support them. The American Civil Liberties Union is standing with the young people and the tribe. For more information and to support them, see here.

As you explore what you want to say YES to now in your life, there is ancient assistance available to you. Mudras are hand positions that evoke specific energy patterns. The mudra I’m demonstrating in the photo that accompanies this blog is known as Akasha Mudra. Its purpose is to activate the space element within, to create and hold space for what is possible for you. It can create a sense of spaciousness in both your mind and body. It also relaxes tension in the jaw, neck, and shoulders, and supports healthy thyroid function. On the scale of calming to energizing, it is more energizing. ( For more info, see Mudras for Healing and Transformation, Joseph and Lilian Le Page, 2014.) To create this mudra, simply bring the tip of each middle finger and thumb together and extend your other fingers out as straight as you can. While traditionally this mudra is done with the backs of the hands resting on the thighs or knees, you can do it standing, letting your shoulders relax as you hold it. Take a few breathes, and open to what you are inviting into your life, for the benefit of all sentient beings, in this new year, in this new day.

As someone who has long honored the Hopi prophecies, it has been a struggle for me to place the role of living with respect on the Earth in balance with the role of living with cautious respect for technology. Recently photographer Renee Lynn and I created a plan for affordable easy healing drinks that could be available to anyone with internet access. We have just gotten the proofs back for our new book on Easy Healing Drinks from the Wisdom of Ayurveda: Delicious and Nourishing Winter Recipes. We are delighted! Renee’s photos are radiant. Book designer Cynthia Bancale and copy editor Michele Schulz did great jobs. We are very excited to offer this eBook for sale to you; it is available through http://www.easyhealingdrinks.com  Do add it to your collection of great Ayurveda recipes! Sign up for the email list at www.amadeamorningstar.net and be notified immediately when new eBooks come out.

In the meanwhile, I wanted to share a recipe from the new book with you. When we moved into this month, I knew this Mexican hot chocolate recipe had to be the drink to share for February. Yet this is a serious hot chocolate, more suitable for the rigors and joy of Tibetan New Year or Mardi Gras than the soft sweetness of Valentine’s Day. So I offer it here now for these days, this Mardi Gras, and my colleague Deva Khalsa and everyone else who is celebrating in New Orleans as I write this.

¼ teaspoon each: cinnamon and cardamom

1/8 teaspoon each: nutmeg and pippali

The tiniest pinch of mineral salt (omit if using dairy)

Bring the water or milk to steam in a pot. Add cacao; stir in all the ingredients except the sweetener. Gently boil for 5 minutes. Add sweetener. Whip in the saucepan until frothy. (If you use all water, it doesn’t froth.) Enjoy in a leisurely manner with a friend.

For Pitta: use either water or almond milk, with maple, organic agave, or coconut sugar.

For Kapha: use either water or dilute almond milk, with honey or stevia.

Comments: Cacao is definitely stimulating! In Ayurveda, chocolate is considered to aggravate all doshas (Usha Lad & Dr. Vasant Lad, Ayurvedic Cooking for Self Healing, Food Guidelines) by clogging the channels (srotas). It is its usual travelling companions, an excess of milk and sweetener that have given chocolate its bad rap. If we minimize these as the Aztecs did, and maximize channel-opening ingredients with the bitter chocolate, cacao can have close to a neutral effect.

How to do this? Hot chocolate in the past was made in water, not milk, and served dark and bitter with honey. Bitter taste opens the srotas/channels. Cardamom, cinnamon and pippali open the channels as well. Cardamom antidotes theobromine, cacao’s caffeine-like stimulant. Shankhapushpi supports the nervous system in the presence of rajasic chocolate. It can be obtained through Banyan Botanicals.

While this fortifying drink is still not meant to be drunk every day, it can be drunk once or twice per week.

VARIATIONS: MAKE IT BY THE CUP: Use 1 Tablespoon organic cocoa powder/cup instead of cacao in each mug with all of the dry spices above. Make a paste with this mix with a little water. Stir in the rest of the hot liquid, the almond extract and your sweetener.

SPICY NOT CHOCOLATE: in place of the cocoa, use 1 heaping Tablespoon carob powder/ cup. Surprisingly satisfying.

Effects: neutral for Vata, calms Pitta and Kapha, due to its dry astringency.

NAHUATL CHOCOLATE: The original makers and drinkers of hot chocolate, the Aztecs, never encountered pippali , a gentle black pepper from India, that has a sweet rather than an irritating after effect. It is available from Banyan Botanicals. For an authentic Nahautl cacao drink, native chiles were used, along with honey. To honor this traditional recipe, we follow the same recipe and spices above, substituting 1 tiny pinch of chipotle for the pippali, and honey as the sweetener.

EARLY BIRD DEADLINE is March 8: If you are a health care professional or yoga teacher working with women in transition, please note: best rate, March 11, for the professional workshop onsite on Menopause with Deva Khalsa and myself at High Desert Yoga Studio in Albuquerque, NM March 25 – 26, click here to hold your space now.

(Opportunity to mentor on Working Skillfully with Menopause for NAMA PACE credits directly with Amadea at a distance click here.)

May 17 – 20, 2017: Join me in welcoming master yoga therapist Manjula Spears from Athens, GA for Working Skillfully within Limits, an accessible series for anyone, from the traditions of Integral Yoga and Ayurveda. The series includes freeing the joints, healing structure, and breast cancer recovery. Check on this site for more info soon.

Photo of Amadea by Renee Lynn