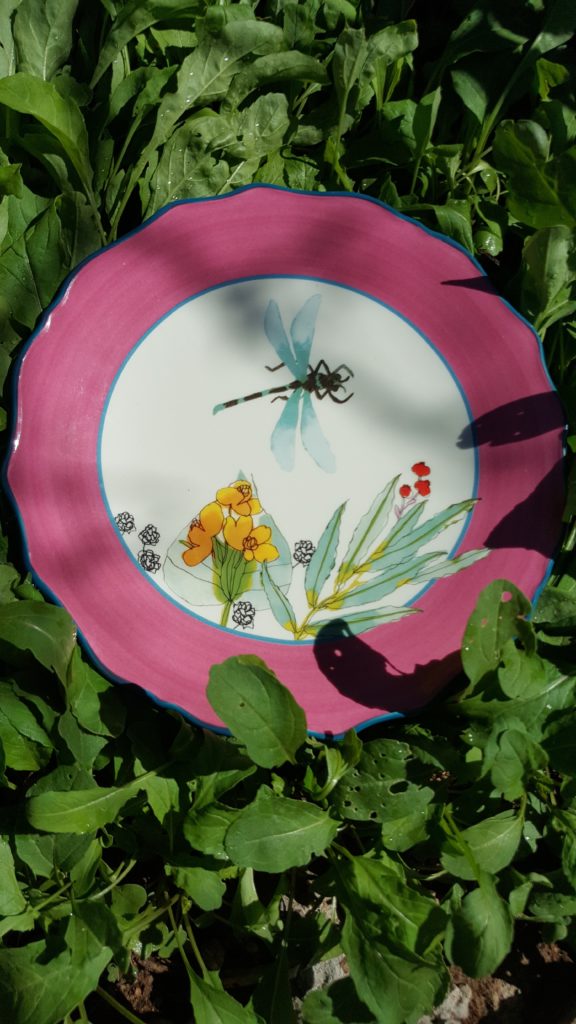 Are you a member of the clean plate club? If ever I ask a group of people to pick out one rule from their past that still haunts their eating patterns, they choose the clean plate rule. You know, you’ve got to finish everything on your plate or else. As a kid, in my husband’s case the “or else” was that he had to sit at the table until he’d eaten everything. Chagrinned to discover that his family’s normally voracious basset hound  did not like salad any better than he did, in desperation, he took to hiding his raw greens behind the floor-length curtains in an adjacent room. This worked well for a short time. However, as a five year old, he had no alchemical concept of what salad dressing could do to a new carpet. His mother, on the other hand, saw the dire effects the very next time she was vacuuming the area. “Gordie!!!”

“Eat, for the starving Armenians.” “Eat, for the kids in China.” Did your family have some variation on this? Perhaps you, like me, wondered, “How can me eating this food help anybody somewhere else?”

Upbringing can go deep. Making a virtue out of appreciation for one’s food could be a very good thing. Making a strength out of greed might be something else. I come from a large family of voracious eaters. Let’s face it, we’re gluttons, most of us. We may not look like it, but we are. The first time I was a part of a Tibetan tsok (feast) offering, I was embarrassed to discover that my clean plate left me nothing to offer when a monk came around for the “remainder” at the end of the meal. The remainder was food left behind to offer to the hungry ghosts. We were all invited to share this way. In some traditions you offer the first bite and the last one.

Many cultures emphasize the importance of sharing, of generosity. The post-modern trickster novelist Thomas King contrasts the generosity of native upbringing with that of white culture in both his fictional Green Grass, Running Water as well as in his non-fiction history, The Inconvenient Indian. (For a taste of his wicked humor, check out the audio from Dead Dog Comedy Hour.) here

As an offspring of white culture, there’s things I’d like to look at. Could there be a better way to approach eating than the Original Clean Plate Club? I suspect so. One option might be to slow down in the midst of consumption and ask how it impacts others, as well as how it feels inside. What about you. Is there anything you want to explore here?

Or will we civilized humans just keep consuming until the whole planet’s a clean plate?